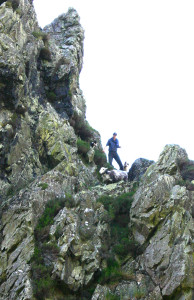 The objects of the Society shall be to carry on any trade, industry or business for the benefit of the community by the protection and promotion of the Herdwick breed of sheep as defined in the Schedule and the support of those involved in breeding Herdwick sheep especially in and around the lake District in the County of Cumbria.

Our mission is the encouragement of the breeding of Herdwick sheep, and the maintenance of purity, the constitution and character of the breed for survival in the harsh conditions of the high fells.

Our vision is to support the cultural and socio economic systems that have developed over hundreds of years which have helped to define the unique characteristics of the environment of the Lake District.

Our members sustain and uphold the cultural traditions of the Lake District that have made it the most loved of English landscapes. Because of the importance of our cultural tradition to this landscape we believe that it needs to be better understood, respected, and supported. Without hill farmers, the cultural landscape is a body without a beating heart.

In 1844 West Cumberland Fells Dales Sheep Association was formed to facilitate the sale or hiring of fell tups (rams) by sheep farmers. Shows and sales were organised in the region between the Derwent and Duddon rivers.

Twenty years later in 1864 a new institution was created – the Fell Dales Association for the Improvement of Herdwick Sheep. This included the formation of rules which ensured that the Herdwick sheep entered into shows were fit to live and thrive in the mountains.

In 1899 Canon H. D Rawnsley, one of the founders of the National Trust attempted the formation of a Herdwick Sheep Association, however it was not until 1916 that the Herdwick Sheep Breeders Association was formed. Company Number 00151772

2016 MARKS THE CENTENARY OF THE ASSOCIATION